You will love this Maple Pecan Pork Tenderloin. It’s bursting with flavor and came together in no time at all. Stick it in the oven for about an hour or so, and you have a wonderful dinner waiting for you.

The maple and pecan glaze sweeten up this pork. It’s the perfect amount of sweetness. Not too heavy, but just right to keep you coming back for more.

how to keep pork tenderloin juicy

We are often asked how to cook pork tenderloin so that it doesn’t dry out, and will keep a moist and juicy taste. Pork is known for being on the dry side.

The secret to cooking a small pork tenderloin and having it remain juicy is to cook it at very high heat quickly — about 400 degrees. You have to be careful not to overcook pork. If cooked to long, it can become very tough.

Glazes and rubs help keep your pork tenderloin on the moist side. You can often cover the pork loosely with aluminum foil if it starts to brown too fast, and your cooking time is not yet up.

A 3 pound pork tenderloin will generally take about an hour to cook. Ovens vary, so watch closely. You will want the internal temperature of the pork tenderloin to be around 145 degrees when done cooking.

what is the best pan for cooking a pork tenderloin

There are many options you can use when cooking a pork tenderloin. A roasting rack is often used because it roasts the meat on all sides and catches the drippings in the bottom of the pan.

We used a cookie sheet that has sides. We covered it with foil and sprayed that with a non stick cooking spray. The tenderloin was fine sitting on the bottom of the cookie sheet.

You will want a pan with sides to catch any of the glaze that could slide off of the tenderloin, and it will also catch juices.

can you cook this tenderloin with veggies?

We have cooked this tenderloin on it’s own, and we have added veggies at other times. Either one works great. If cooking the tenderloin on a cookie sheet, there is plenty of room to add diced carrots and potatoes.  Sprinkle them with a little olive oil and seasoning of your choice and your side dishes are taken care of.

We like adding potatoes and carrots. It’s a great side dish with less cleanup. 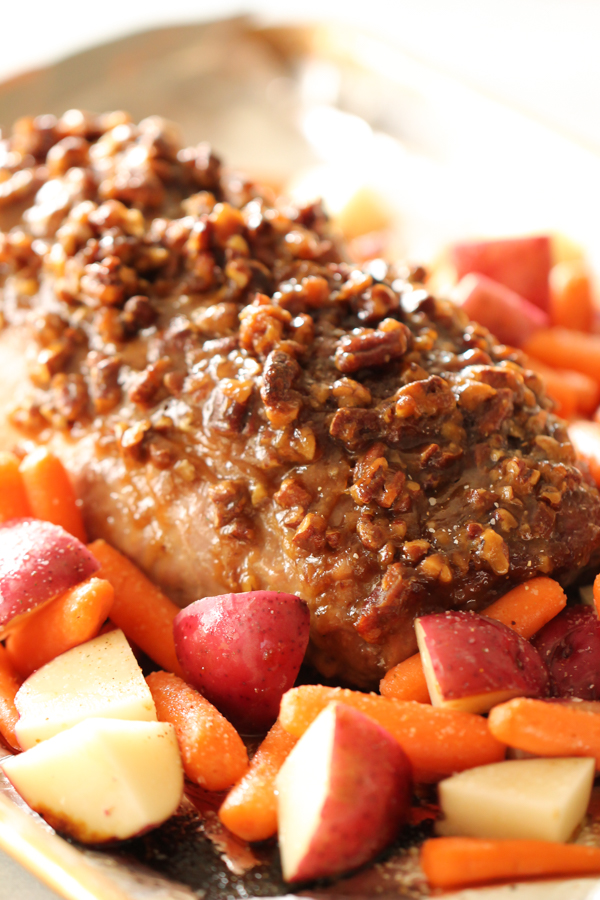 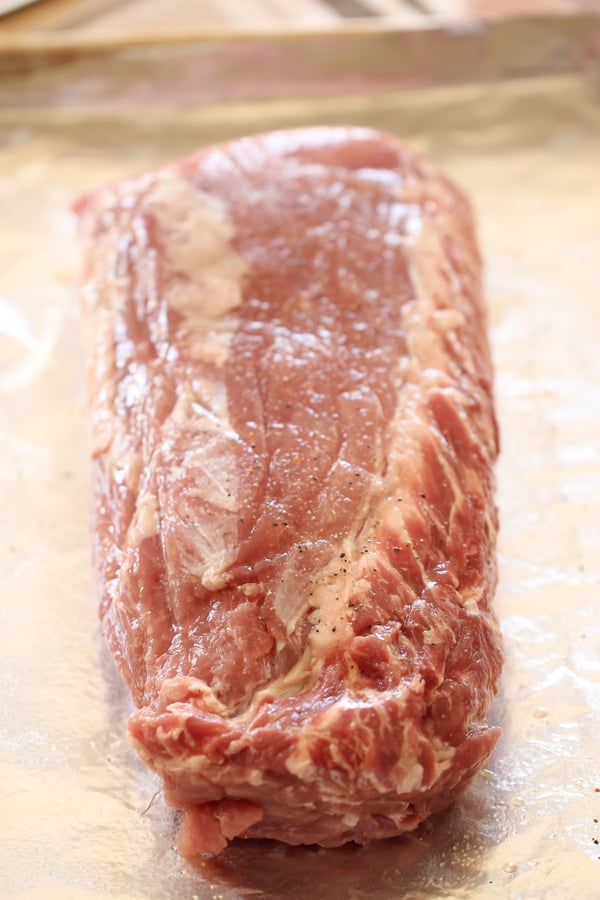 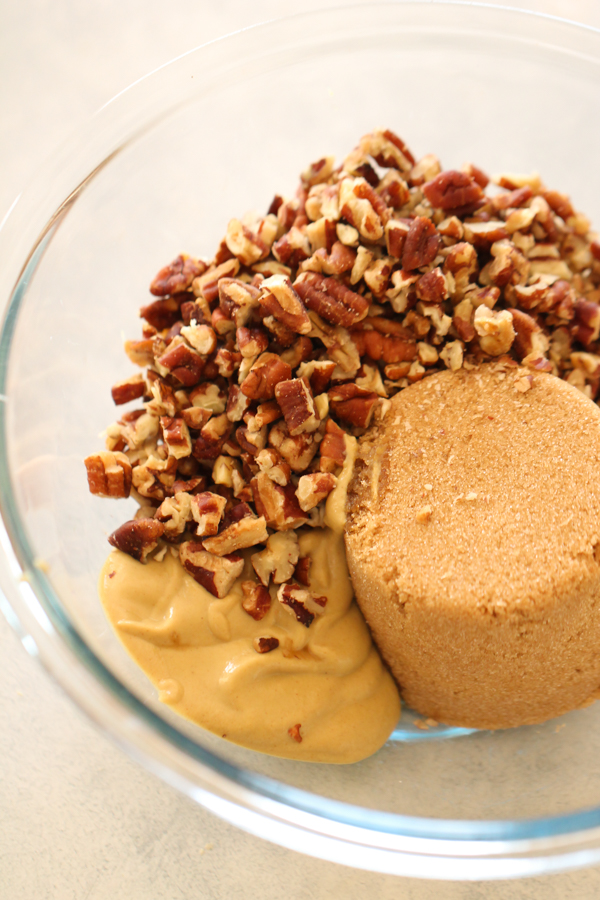 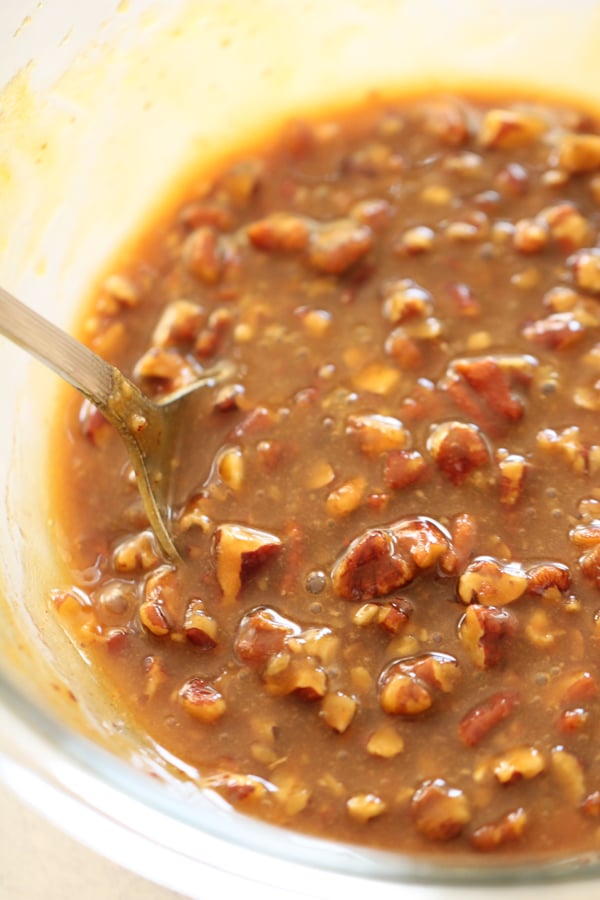 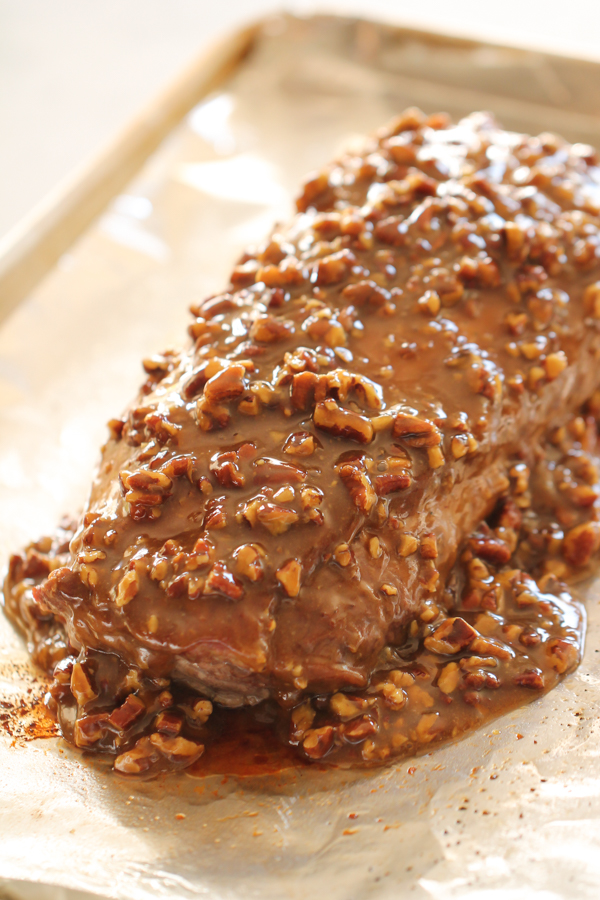 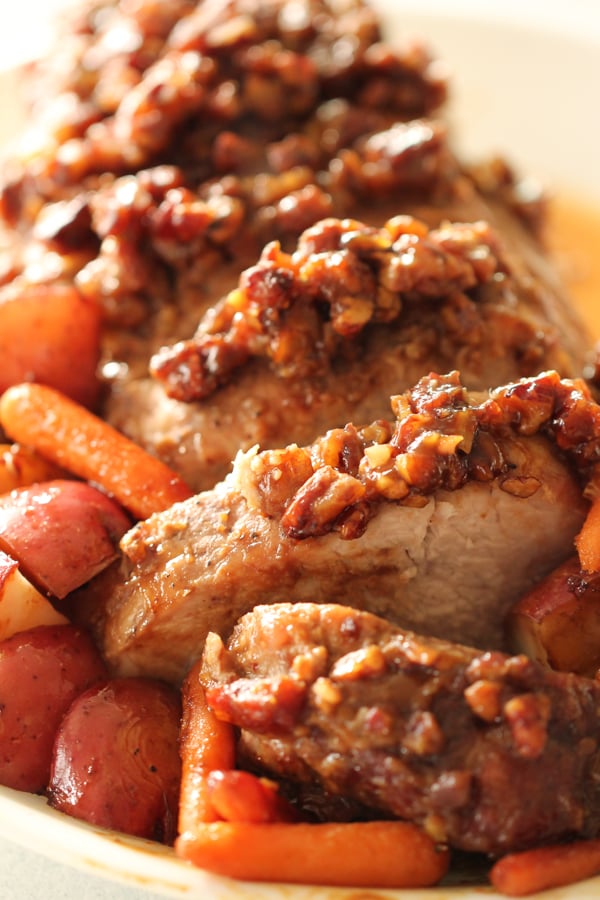 side dishes to compliment your pork tenderloin

You can also place cut up potatoes and vegetables around the pork and cook them all together. We drizzled olive oil and your choice of seasonings on the veggies and potatoes. 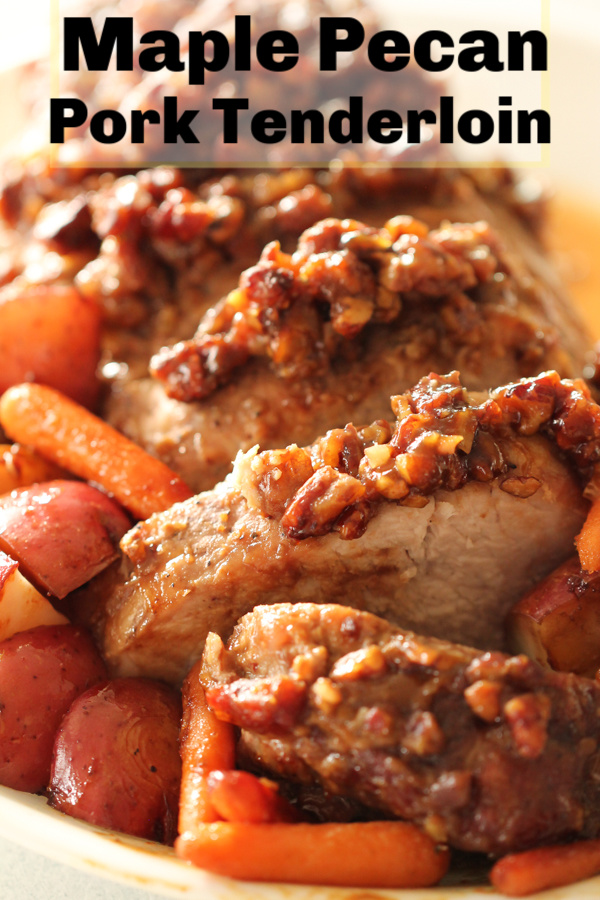