This Cinnamon Roll Pull Apart is about to be the best part of your day. I love making this for breakfast on Sundays because it is so fast and easy.

I usually have most the ingredients on hand, so I can pretty much make it on demand. Pair it with a side of fresh orange juice, and it’s going to be a good day.

My kids also love this one. I can tell they wake up in a little better mood, when they know a delicious breakfast awaits them downstairs.

This recipe could not get more easy. Here is how you make it:

tips on how to make Cinnamon Roll Pull Apart

You will also want to use a butter based cooking spray. You could also use olive oil, or coconut oil, but we definitely recommend using olive oil.

Tip 2: The smaller you cut your biscuits the better. Bundts look better, when they have more dynamic pieces to them. It’s also easier to eat, when the pieces are bite size.

I don’t know about you guys, but this is a finger food for our family. It’s a pinch and indulge food, at our family gatherings.

Tip 4: Once you roll your biscuits in cinnamon and sugar, simply place them right into the bundt pan to avoid further mess.

You only want your bundt pan to be about halfway full. If it is any fuller than that, your bread will grow over the sides and lose it’s attractive shape at the top.

Tip 5: The bundt cooks for 20 minutes, but be sure to watch it carefully the last five or so minutes of baking. As soon as you see the inside edge and outside edge get golden, you are safe to remove it from the oven.

This allows every bite to be covered in frosting goodness.

Tip 7: When making the frosting, I prefer to use a hand mixer, but you could also use a whisk.

Tip 8: As soon as the bundt is done baking, remove the warm bundt from the pan and place on a plate. Pour the frosting over the bundt.

Tip 9: Serve immediately. It is best when eaten warm.

The secret to this recipe is putting on the frosting when the bundt is still warm, but not hot. It creates the perfect texture without losing all the frosting from the heat of the bread. 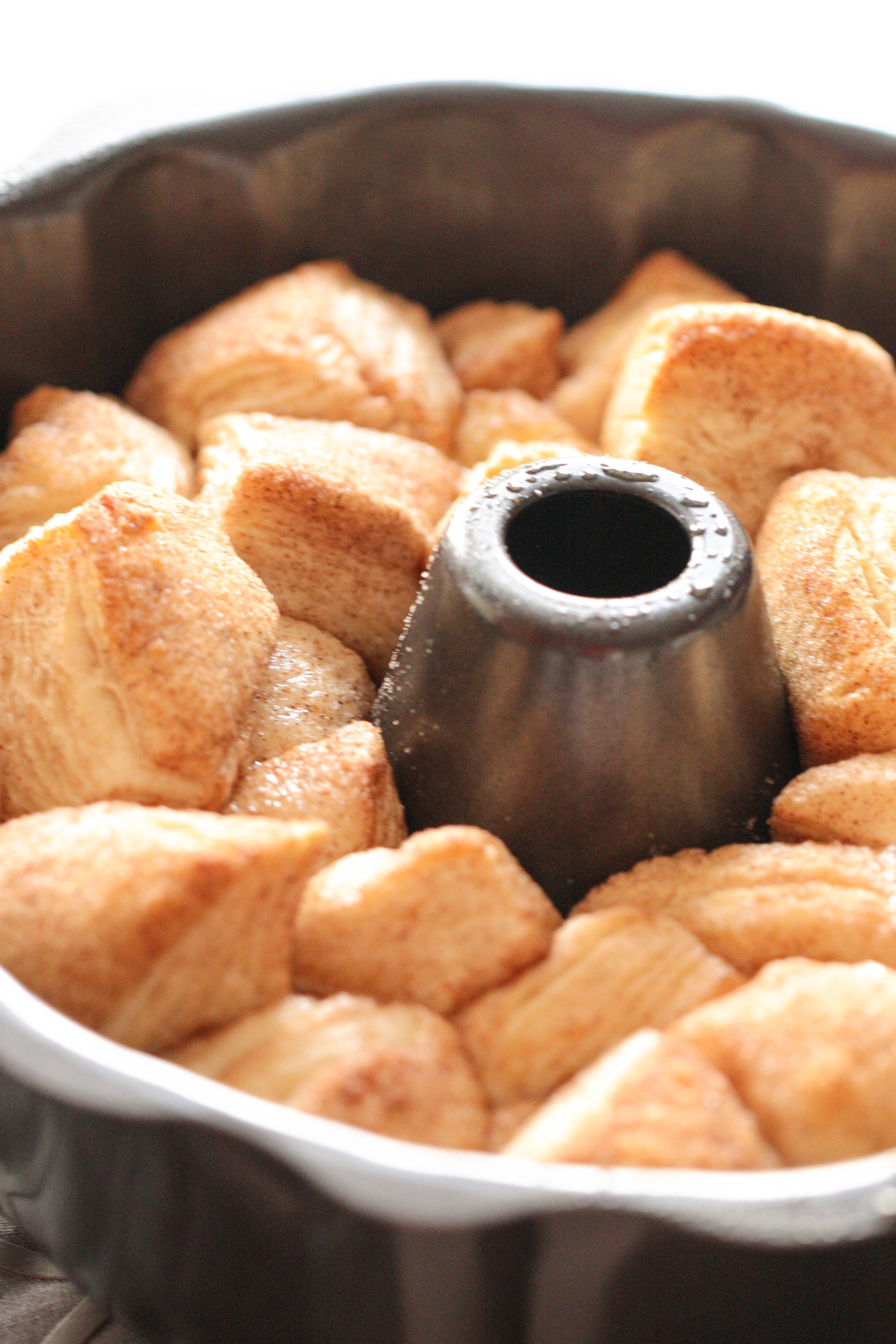 What’s better than cinnamon bread? Cinnamon bread smothered in frosting. I wish you could smell what I am smelling. My whole house smells like happiness. 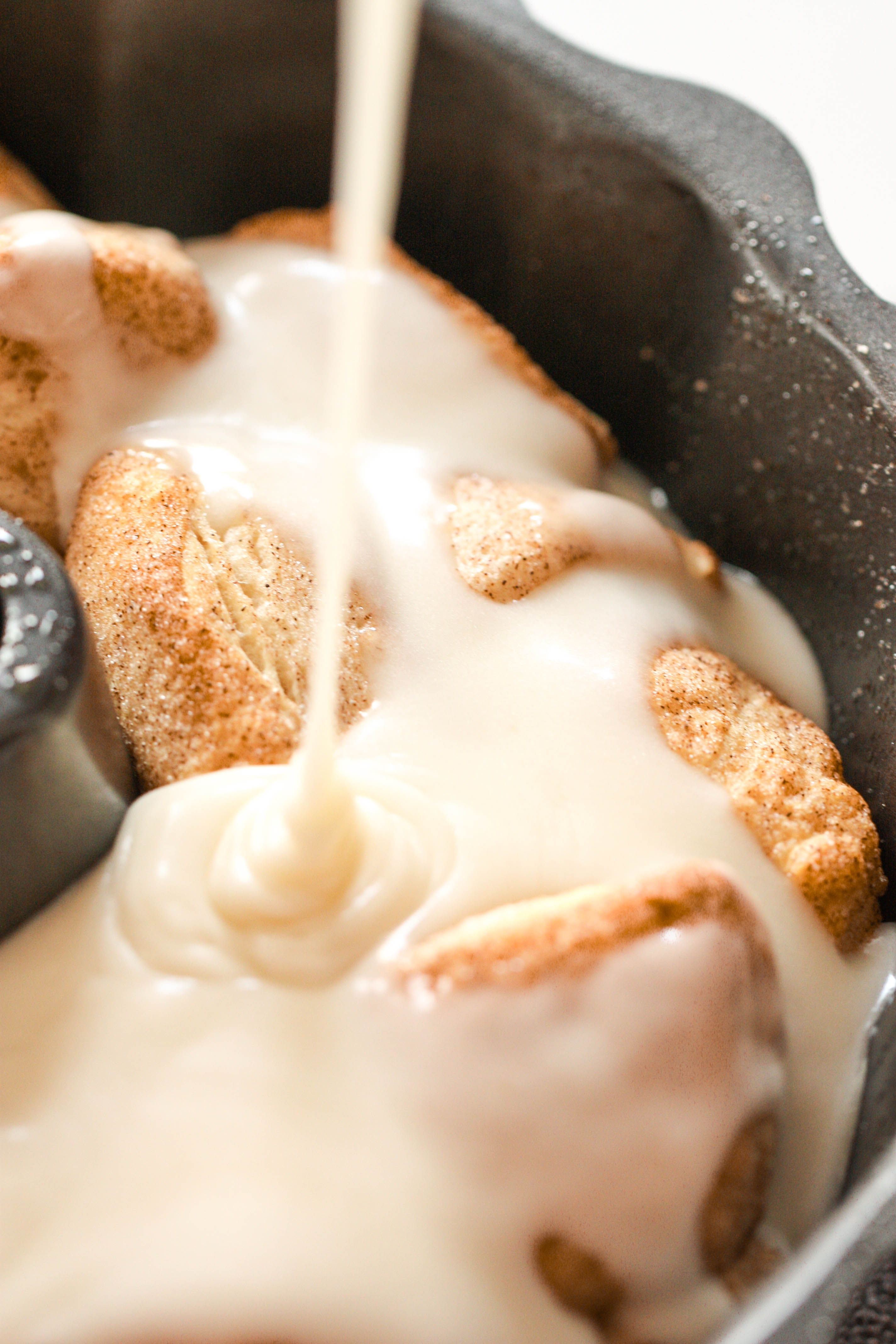 How Should I store this?

This is best when it is eaten fresh out of the oven. However, if you have some leftover, I usually keep it on the plate I served it on, then lightly apply a piece of tin foil over it. 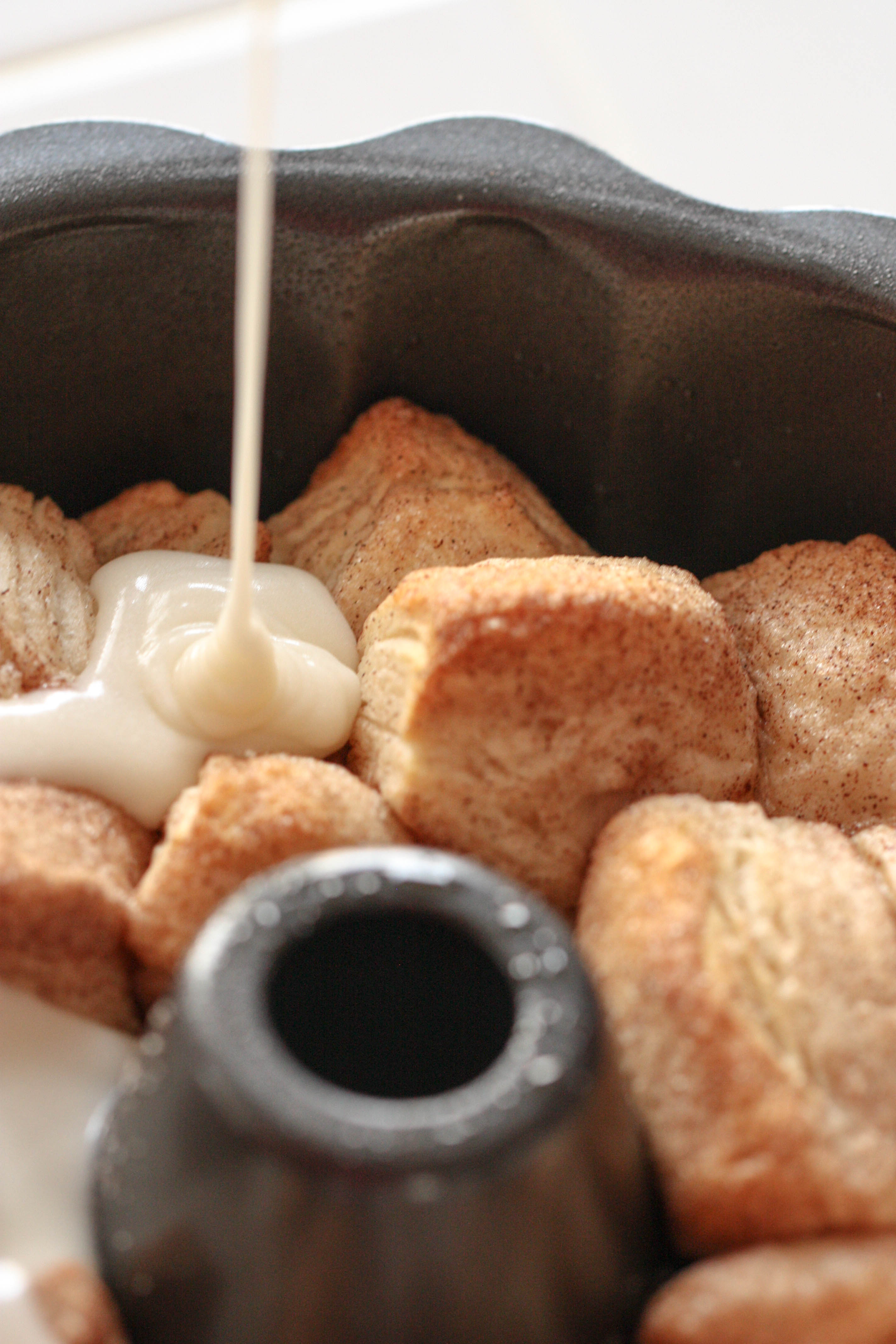 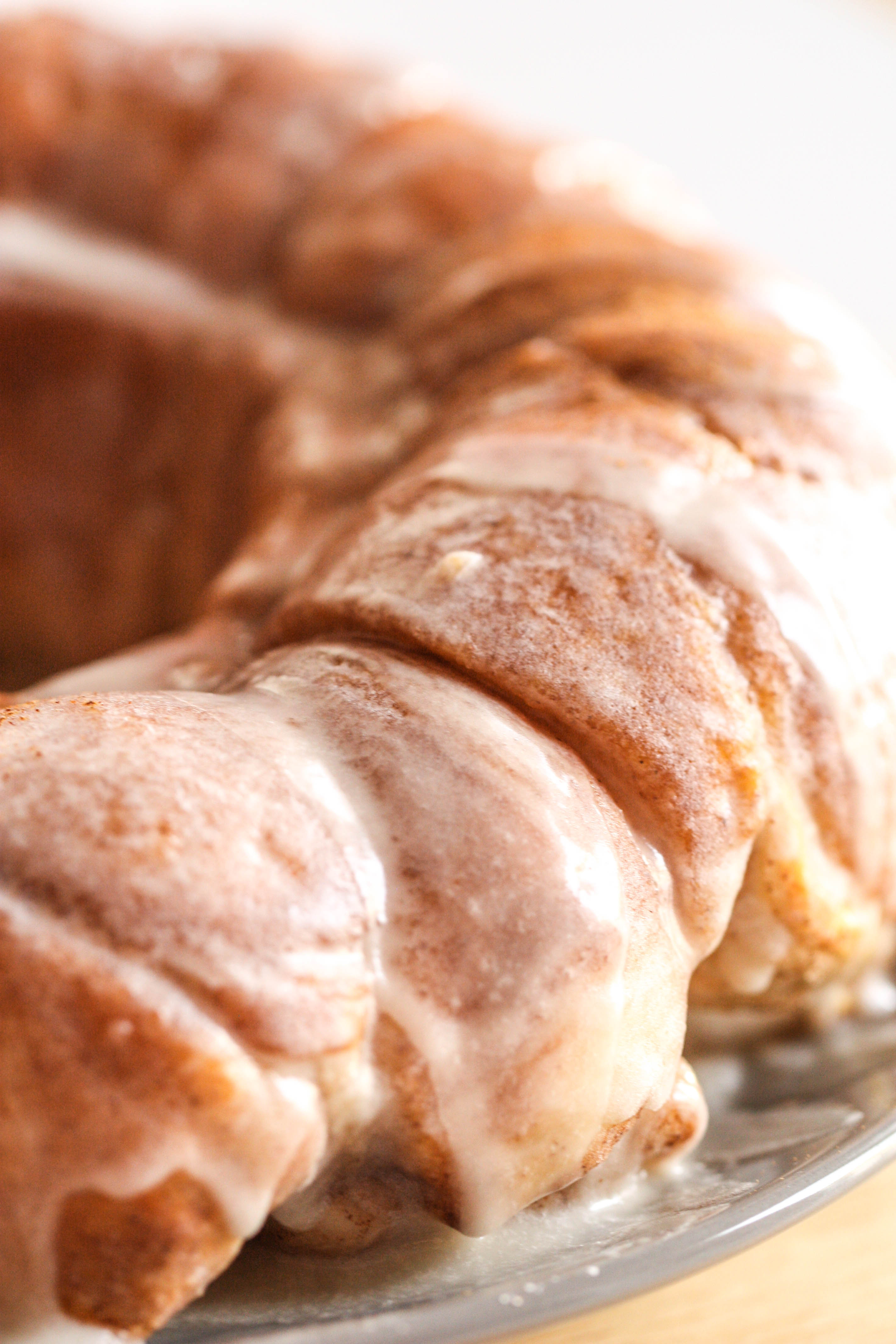 watch how to make our other favorite, Taco Time Pumpkin Empanada, here:

Did you know we have a Youtube Channel? We have hundreds of simple and delicious recipes, your family is going to love. Each recipe is tried and true, so you know your family will love it.

We take you through each recipe, step by step, and show you exactly how to make it.

Watch how to make our other favorite breakfast and dessert, Taco Time Pumpkin Empanada, here: 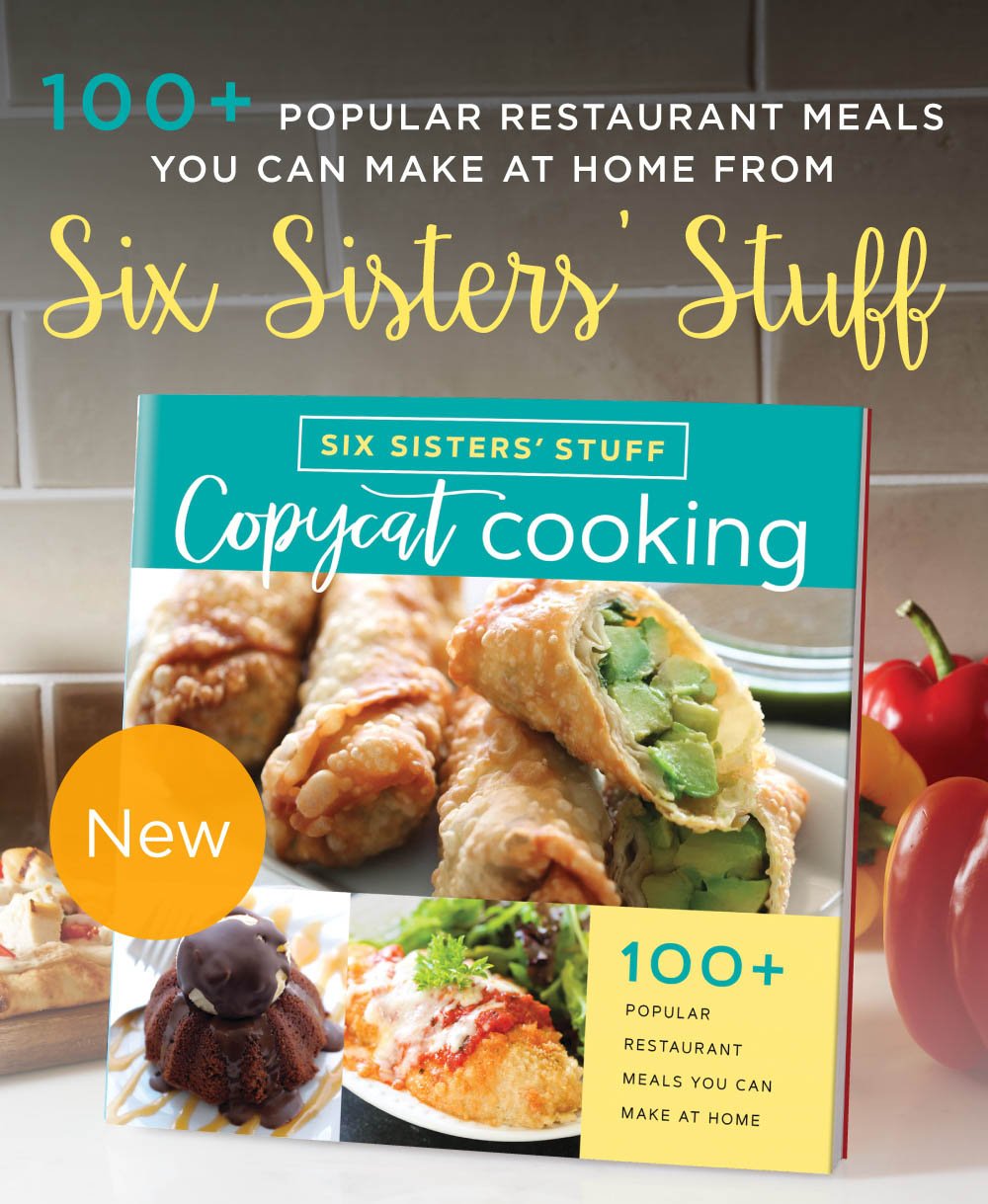 We are so excited to share these recipes with you. Order your copy today!
Six Sisters’ Stuff COPYCAT COOKING <—– Click here to order! 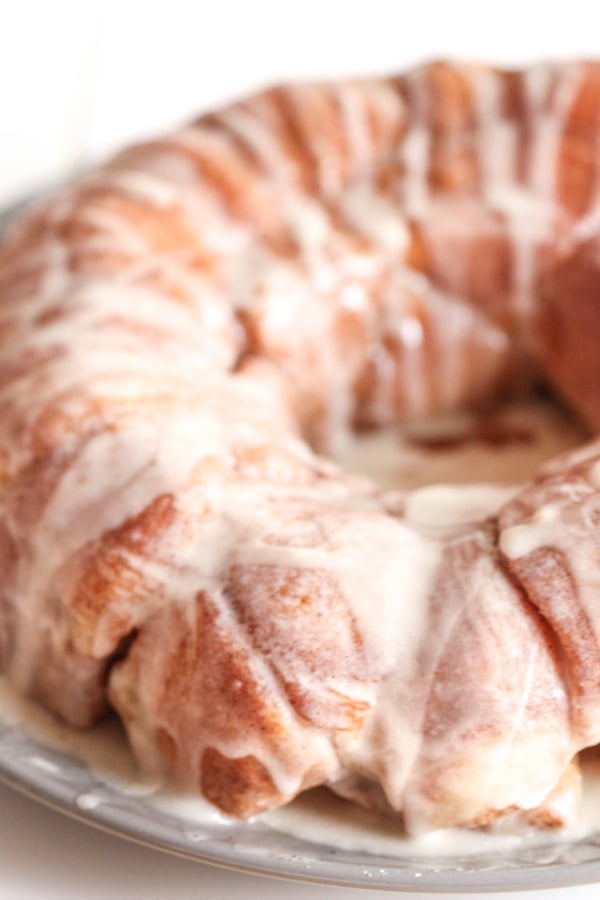