We have the best Cinnamon Banana Bread recipe for all of those ripe bananas that are sitting in your kitchen. It’s moist and bursting with banana and cinnamon flavors.

Then we added a delicious crumble topping on top of this bread to send it over the top. It’s absolutely amazing. Our family devoured it in minutes. It’s great right out of the oven, or at room temp.

Our recipe for Cinnamon Banana Bread makes 2 loaves in 8 x 4 inch loaf pans. If you don’t have that size of pan, the aluminum ones at the grocery store come in that size for a few dollars.

Does this bread freeze well?

This bread freezes great. Our Cinnamon Banana Bread makes 2 loaves. We often eat one loaf and then freeze the other one to eat at a later date. For freezing we have wrapped it in foil or put it in a freezer container.

can you make this bread in other sized pans?

This recipe calls for 2 8 x 4 inch loaf pans. That is what size works best. You can also use aluminum pans from the grocery store and they work great. You could make this in an 9 x 5 inch pan, but you will have more batter than you need.

Placing all of the batter into a 9 x 5 inch pan will cause it to overflow. So if using a 9 x 5 inch pan, only fill the pan about 3/4 full. Watch closely for cooking time.

This could also be used in a muffin tin. Fill about 2/3 full and watch closely for the cooking time.

how to make cinnamon banana bread

A few ripe bananas and ingredients you have on hand results in an amazing banana bread. 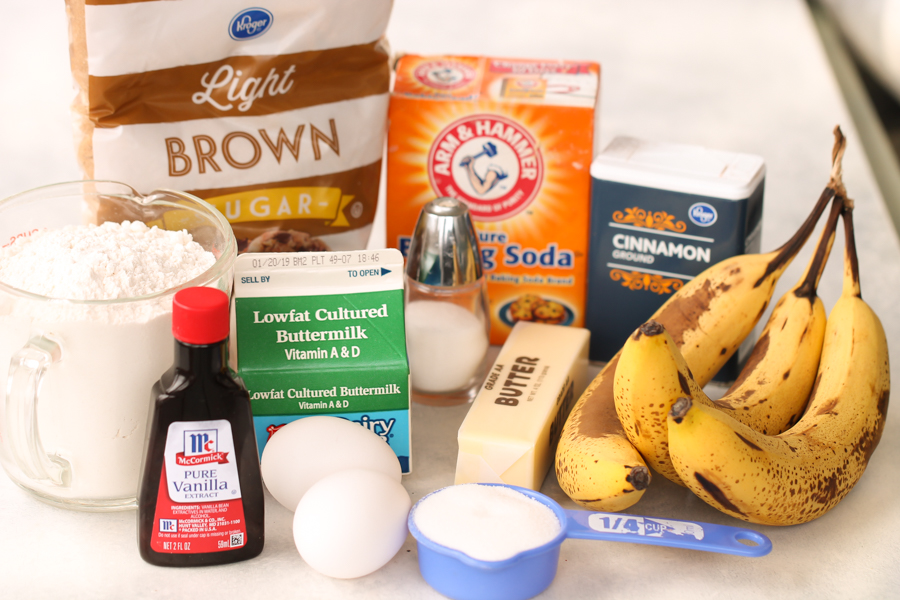 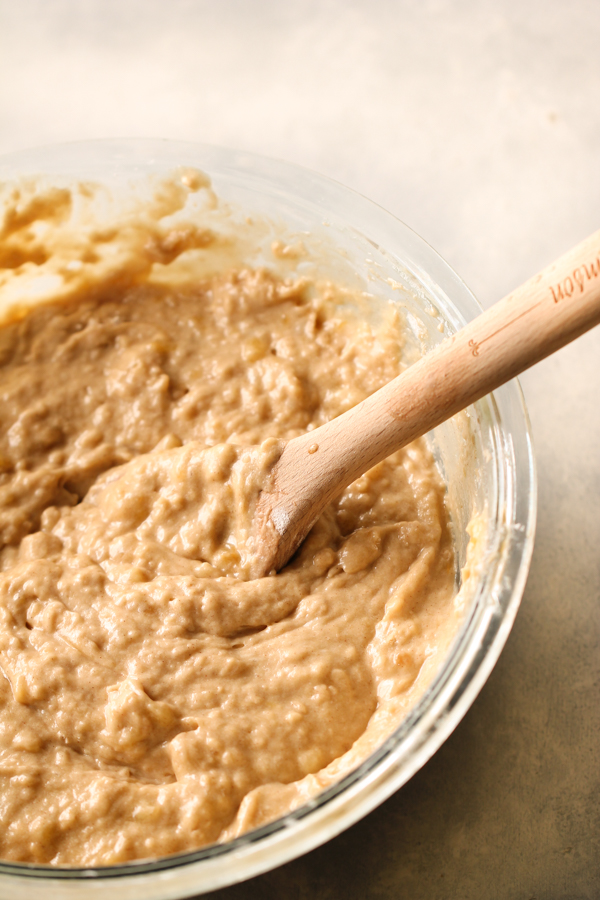 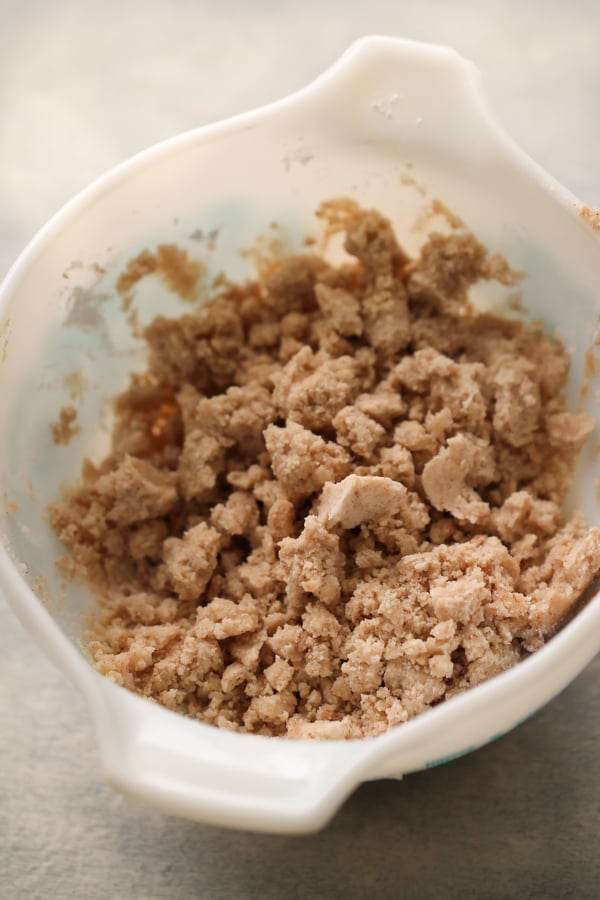 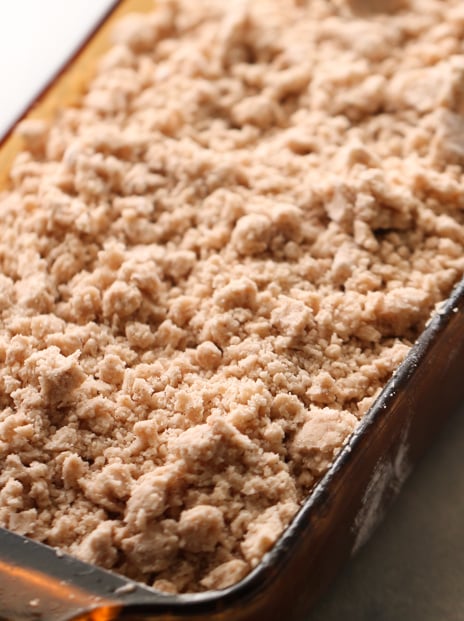 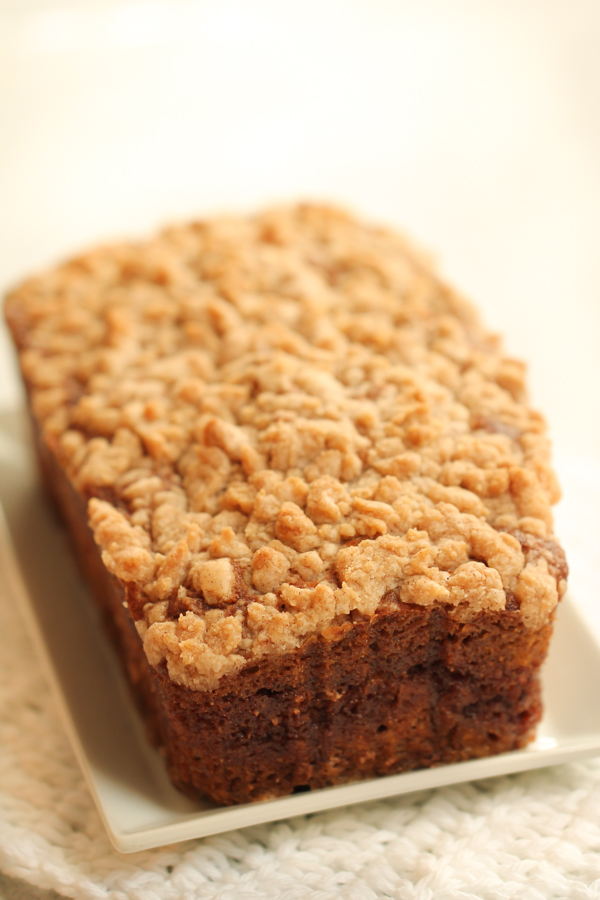 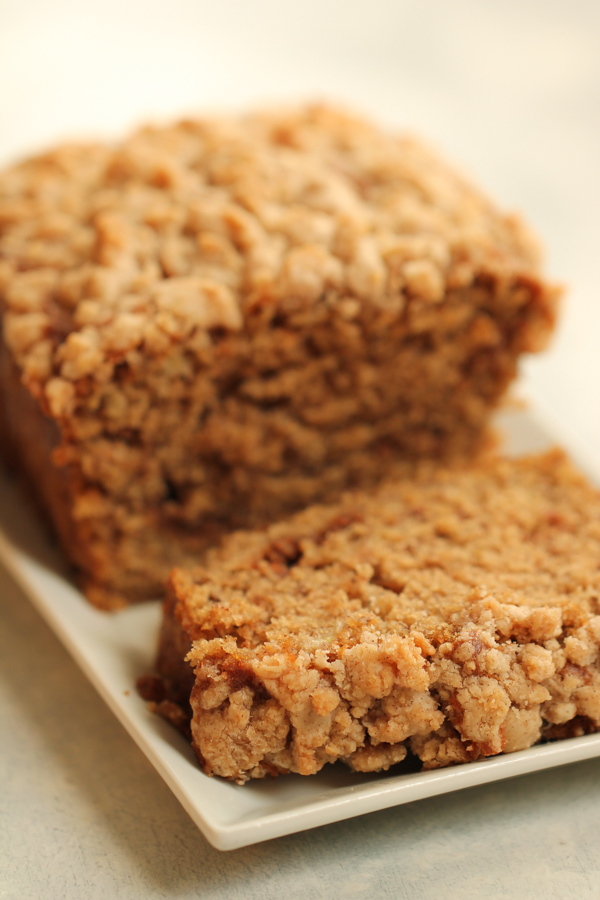 WE ARE SO EXCITED TO SHARE THESE RECIPES WITH YOU. ORDER YOUR COPY TODAY!

We have more bread recipes for you

All of these recipes are so easy and delicious. 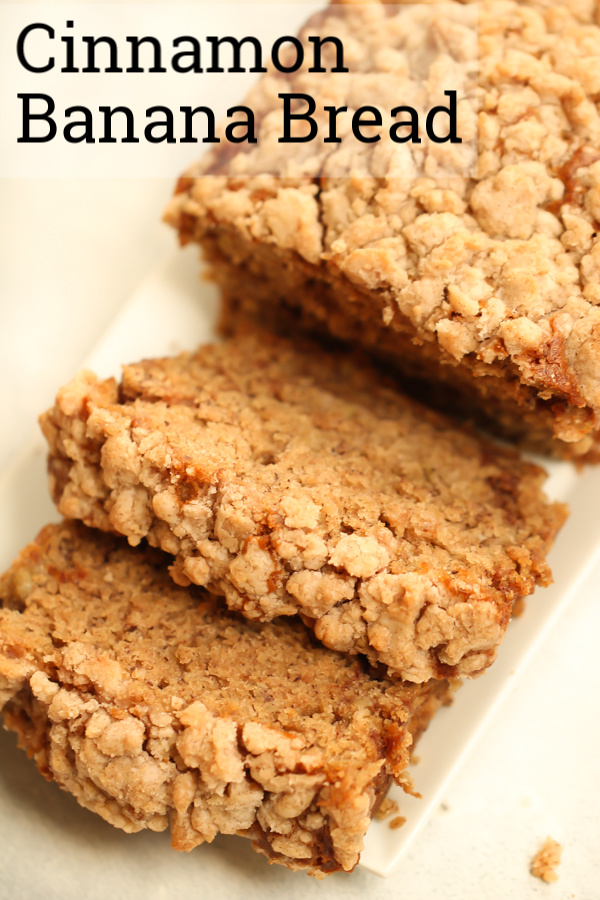 CLASSIC Pigs in a Blanket