Every Halloween I make homemade cinnamon rolls and hot chocolate for all the trick-or-treaters in our neighborhood.  It’s quite the undertaking!

I absolutely love homemade cinnamon rolls, but I don’t love the time and mess it takes to make them.

The other great thing about this recipe is you don’t have to fuss with yeast, which so many people hate dealing with when it comes to making cinnamon rolls.

That’s where this Cinnabon Cinnamon Roll Cake comes in.  All the delicious flavor of delicious Cinnabon cinnamon rolls in one easy-to-make cake (with ingredients you probably already have!).

Don’t let the words “cinnamon roll” scare you away!  This cake is so simple and has just a few ingredients.

Step 4: In a large bowl, mix together softened butter, brown sugar, flour and cinnamon until combined.

Step 5: Drop by spoonfuls over the batter and use a knife to swirl cinnamon topping into the cake for a marbling effect.

Step 6: Bake for 25-30 minutes, or until an inserted toothpick comes out clean.

Step 7: Whisk together all glaze ingredients until smooth and drizzle over warm cake.

Step 8: Cut into slices and serve.

My kids thought this was the best cake ever.  I love how the top gets a little bit of a crispy, sweet topping. 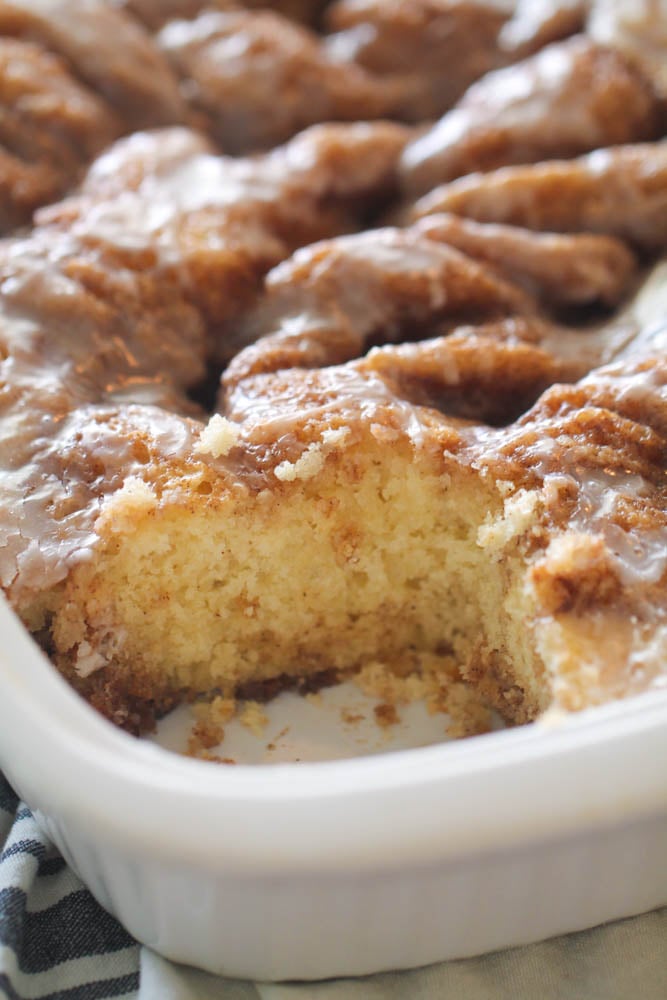 I love how light and fluffy this cake is! 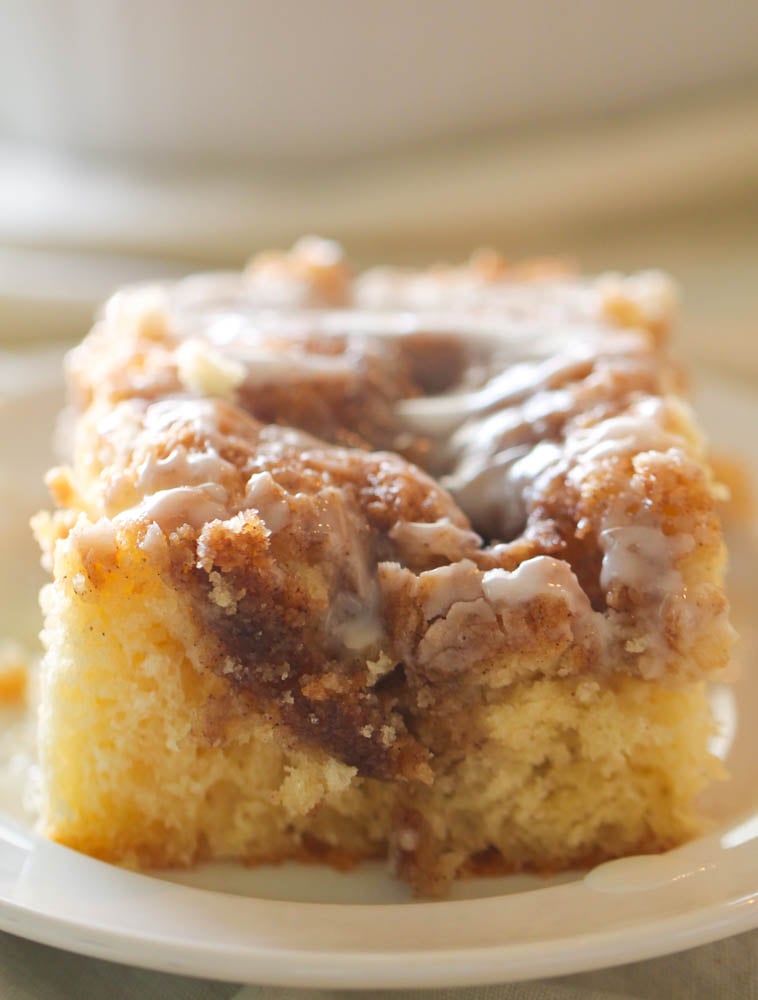 My husband said this Cinnamon Roll Cake “melts in your mouth” and I have to agree!

If you want to try an easy cinnamon roll recipe from scratch, try our BEST Homemade Cinnamon Rolls! Get the recipe HERE!

A fluffy homemade cake with cinnamon filling and a sweet glaze drizzled on top. All the flavor of cinnamon rolls in an easy-to-make cake! 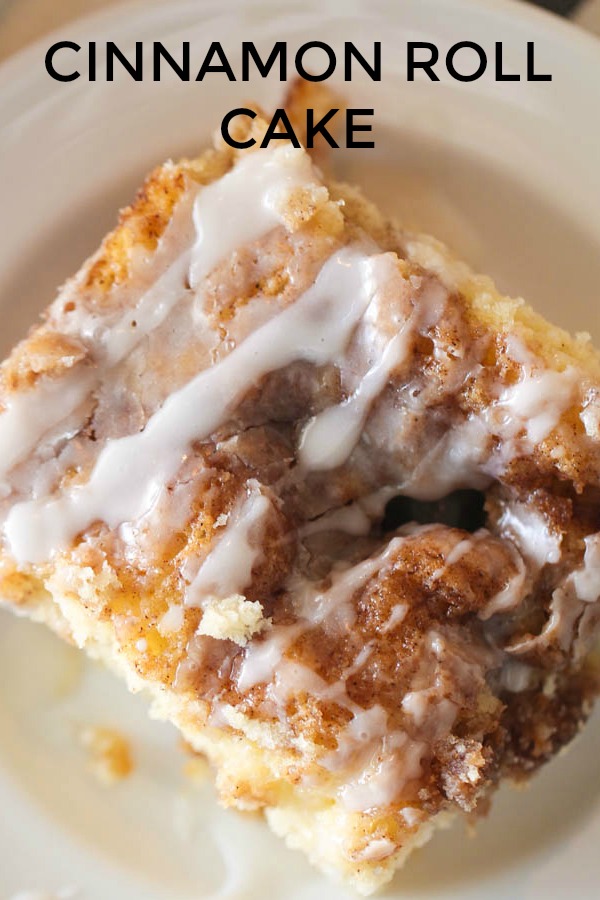 Leave a Reply to Alisnotmartha